Your Own Attitude is Your Own to Control 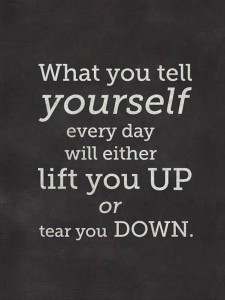 Viktor Frankl said, “Everything can be taken from a man but one thing: the last of human freedoms…”

Dr. Frankl was an Austrian neurologist and psychiatrist, who also survived through Adolf Hitler’s genocide attempt of the Jewish people, more known as the Holocaust. Frankl founded logotherapy, which is a form of existential analysis!

You can be oppressed to your eyeballs right now by your current life conditions; but no one can oppress your own thoughts. Those have been reserved for you only. The only way someone can get to those is by your own consent!

It takes a while to gain back full control if you’ve never been in control because you’re very use to doing what other people suggest or impose on you. There is a scientific way to do it. It usually works best when you allow the Creator to be part of the process! 🙂

Of course if you need help with this, we want to help, so feel free to contact us!