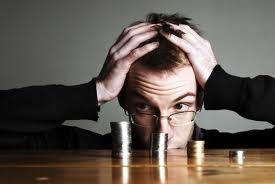 DueDaniels.com is a website all about helping people realize or become aware of better living practices. We like to focus on health and wellness, personal development, spirituality, and personal freedom through scaled and leveraged business (multiple streams of income), and personal finances.

Finances is not my strong point, to be honest. But through being around people who are really good in financial matters, from basic to even more complicated things, I’ve become much better.
One of which people I surround myself with has decided to share her knowledge with us as a contributing author on the subject, and we (duedaniels.com) are so thrilled to have her knowledge join us.
She will be writing on personal finances and family matters, as she is also a mother of four, husband of one, and holds an elaborate and demanding professional career.
Readers help me welcome Fats Juba aka fats529 (cool name right) and I hope you all look at what she’ll be sharing. I promise it will be very helpful and benefiting to you, not to mention entertaining.
Blessings,
Due Daniels
@duedaniels