How to Create Good or Bad Habits

Get a journal and declare something in your life and learn how you can create a new habit that sticks with Natalie MacNeil. Good practical stuff that will help you out!

What do you think about Natalie?… Beside that she’s hot fellas!

How to Change the Way You Feel!

I recently read a book title Bounce by an author Matthew Syed. This book answers questions with research why have all the sprinters who have run the 100 meters in under ten seconds been black? What one thing Mozart, Venus and Serena Williams, and Michelangelo have in common, and much more.

Serena and Venus Williams Not Really That Good

This book looks at human behavior by former Olympian Matthew Syed, as he explores the truth about our competitive nature– why we win, why we don’t, and how we really play the game of life. Due Daniels gives us a unique review of this pretty cool book, with key nuggets we need to run away with.

This book helps explains why we say Serena and Venus Williams Not Really That Good, because they have Bounce. This is what makes them AMAZING.

Purchase Bounce from Amazon or you can find it at your local library!

The hidden knowledge and logic of success is putting in the specialize practice into a particular career activity or skill set. Miraculous children are not that miraculous once you calculate the hours they have logged into their activity and the specialize coaching they receive(d). 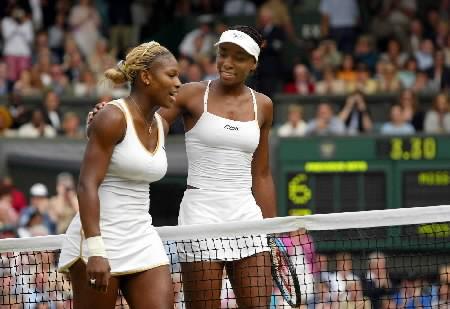 It is only possible to clock up meaningful practice if an individual has made an independent decision to devote him or herself to whatever field of expertise they choose. Page 63

People that use their brain to calculate difficult math problems are prodigies that are made, not born.

The path to excellence shows that the more difficult something is the more concentration you have to give it thus the ability to retain it better. This is why learning to drive does not make you an expert regardless of how many hours you spent driving. Because typically people learn to drive and then do autopilot driving from there on. While a racecar drivers and truck drivers may try to improve their techniques of driving.

Purposeful practice is required. Practicing on things we are not proficient and will bring a blog improvement. training smarter than others will give you the ads also.

Progress is built on the necessity of failure.

Feedback loops – if you don’t know what you are doing wrong you will not know what you’re doing right or how to improve. Feedback is essential, this is why  expert coaching is vital in the purposeful practice one puts into an activity.

Everyone can change and grow through application and experience.

Carol Dweck study on intelligence and hard worker focused on the power of words.

They may arise thinking they can cruise their way to success, but they quickly learned that nobody has gotten anywhere in life without working hard, by showing tremendous discipline, and by taking responsibility for their actions.

We must be careful of The placebo effect. The Jonathan Edwards story.

Is there mind over matter of fact and how people perform?

Scientists believe that belief in God is good for health as long as the belief is sincere.

The ability to instill belief in others is a vital facet of leadership.

This is no April fools, at least I hope not. The heart does better when it has a companion. This is according to a nationwide study of three and half million participants, and the study found married couples to be less likely to suffer heart problems.

Married couples are less likely to have blood-vessel problems, this compared to their single, divorced, and widowed brothers and sisters.

I am not suggesting if you’re single to run and tie the knot, no, no, but instead consider the implications. I know marriages can cause stress when they are not set up the correct way. We do not have marriage counselors for nothing you know.

We do not have divorce rates of nearly 50 percent for no reason. However, the study simply states that married people have better hearts than those not married. The reason for this can be simple as the old proverb, two is better than one.

One spouse can encourage the other into healthier habits, than if one was alone to themselves, their TV, and their ice cream, bag of chips, oily meat and gravy, and a shot of Due Daniels cousin, Jack.

“The benefits were seen for both men and women,” said Dr. Jeffrey Berger, a cardiologist at NYU Langone and co-author of the study.

A couple that was interviewed, who’d been married for over 70 years, gave some insight. The wife said, “men are usually not very good at looking after themselves, healthwise.” She said “couples really need to look out for one another.”

I agree and I am sure this is what happens plenty of times in keeping spouses in check. The Claire Huxtable move, take away the long ‘hoagie’ sandwich, and keep the beers to a minimum is what the Claire would do on the ole Cosby Shows.

Here are some things that this 70-plus year husband does for his wife everyday. He compliments his wife daily, telling of her wonderful smile. This kinda forces her to smile more often right?

The numbers from the study were not dramatic, like 50% lower risk. I’m sure many married couples out there still have high blood pressure, heart disease and all the other works.

The numbers are slightly lower. One bad habit, smoking, was highest among divorced people and widowed had the highest rates of high blood pressure, lack of exercise, and diabetes in this study.

The answer is not to run get married, it is rather to start now to practice better habits, so you attract a partner of the same, or encourage who you’re dating to do likewise. From there, you can exchange vows, and get a completely different heart problem… dealing with spouse.