You’re Not Afraid of a Little Opposition 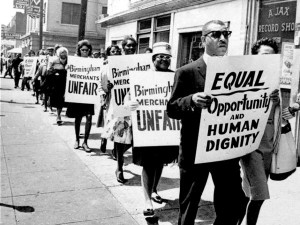 That is a quote you’d hear from a movie usually coming from a bully who is trying to make someone intimidated while in front of a girl who likes him.

The bully would give a challenge to the guy, who would get worried because he doesn’t want to appear like a “punk” or someone who can’t stand up for himself or his future woman.

The bully would say or ask, “You’re Not Afraid of a Little Opposition (competition) now are you?” There are a couple things to note if you’re ever in this situation. First, don’t look at competition, be a creator. No one can compete with you if you’re constantly creating.

Two, it is okay to have a little opposition. Nothing in life is ever “smooth” sailing. Napoleon Hill said that “the kite of success generally rises against the wind of adversity and not with it.” Black folks in the civil rights era, had they been afraid of a little opposition, I’m not sure I’m in this country, yet alone typing freely on a blog.

Write down three things posing opposition in your life and how you plan to get around them, leave them in the comments section (be general if you have to)!

If your days turn into disasters… try this!