Start Your Days the Right Way

What if you began your days with Sir Richard Branson, or at least his mindset? Your life would be dramatically different. There are 8 questions you should ask yourself upon waking up! This is a good routine to adopt by Roger James Hamilton. 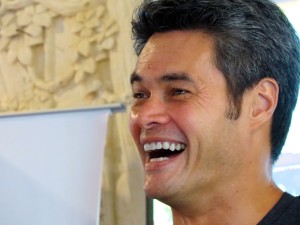 Of course if you need help with this, feel free to contact us!

You Control Only One True Thing!! Click Here to Confirm It

I thought this was interesting from the book. Dawkins says the role of the human programmer (the actual person who programs a computer), is one compared to a father and son. The father teaches his son how to play chess by telling him the basic needs of the game. He doesn’t play the game for him.

On page 60, Dawkins says that our genes are the primary policy makers, but our brain is the executive. We consciously make executive decisions with our brain, where we are going to live, what we eat, wear, and do, but the decisions we make executively with our brain is made from a pool of our genetic makeup. In other words, we make decisions with what we have to work with. If you’re 5’0, you’ll probably make the executive decision not to play professional basketball, however, that decision was also made by your policy maker, your genes.

Ultimately, we as a species, are a selfish machine, programmed to do whatever it its we feel best for our genes to successfully replicate.

Go to your local library to borrow a copy of this book and take a healthy read of it and see what you derive from it. It certainly gives major insight on life.