One Insult Worth a Billion Dollars

Michael Jordan was insulted by his pops the late James Jordan once, and it is estimated by the author of Michael Jordan The Life that it inspired Michael to be SUPER GREAT. James Jordan, while asking Michael to pass tools to him while working on the car, as Michael made errors, Mr. Jordan told Michael, he be better off going inside with the women (referring to his sisters and mom). 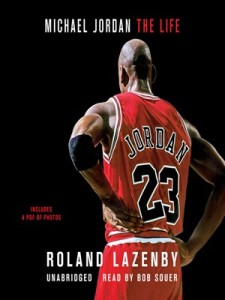 People use pain to get through things. MJ’s Hall of Fame speech was loaded with pain and motivation to win, the fame UK singer Adele used the pain from a relationship breakup to BANG into the scene, and we can do the same!

What pain do you have that you can use as motivation. Hey, one insult worth a billion dollars, one of yours could be worth a million.